The Geraint Thomas National Velodrome of Wales is one of five internationally recognised indoor velodromes in Britain and played host to Team GB and Paralympics GB training camps ahead of four previous Olympic and Paralympic games.

In 2018 the velodrome was renamed the Geraint Thomas National Velodrome of Wales after Geraint became the first Welshman to win the world’s most famous cycling road race, the Tour de France. He has strong links with the Velodrome; having trained there ahead of winning gold on the track in the Men’s Team Pursuit in both the 2008 and 2012 summer Olympics.

The Velodrome is home to our 250-meter oval shaped track with 42-degree banking at either end, our Indoor Group Cycling Studio and the outdoor speedway cycling track (hosting Newport Cycle Speedway Club). 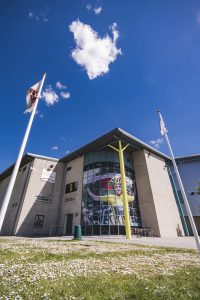 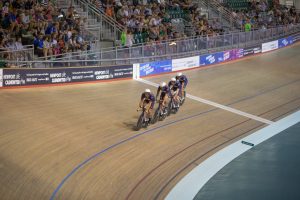 Lead a happier & healthier lifestyle with a Newport Live membership.

It doesn’t matter if you work out regularly or are a total beginner, we’re here to support you and to help you achieve your fitness goals.

Prefer working alone? That’s fine too. Your journey, your way!

A Newport Live membership is available for juniors and adults and gives you access to our gyms, pools, group exercise classes at all of our venues.